Derek has loved fitness and adventure since he was a child. Whether riding his trike to the store or building obstacle courses with his sister Twila, he was always active and ready for the next challenge. A lifelong swimmer, he began competing on the school swim team and worked hard to keep up with the taller swimmers. His work paid off, and Derek helped his high school team win the state title three out of four years. In college he switched his focus to running and won the 3000 meter steeplechase at the WAC championships in 1991. After college, his focus switched to racing triathlons including Ironman Hawaii. He placed second in the International Triathlon Union World Championships in Manchester, England in 1993. Continuing to compete locally, he hung up his pro athlete gig to start work as an "IT guy".

After a particularly bad mountain bike crash left him with a fracture in his C-6, (but no paralysis) he slowed down a little bit. After getting into a rounder kind of shape, he joined friends at CrossFit 7220 and started his journey back into fitness. He quickly grew to love it and pursued his CrossFit Level 1 certification. While an avid fan of yoga and physical therapy, he succumbed to the need for back surgery in 2018 to alleviate chronic lower back pain. While he thought this might be an end to his athletic passion, it turned out to be the turning point. With his wife Michele and their two children, he visited several trampoline parks and ninja gyms around the country. He felt there was a need for something like this in Laramie. It was time to combine his passion for fitness with his desire to be an entrepreneur. LEAP, a ninja warrior playground for Laramie was born. 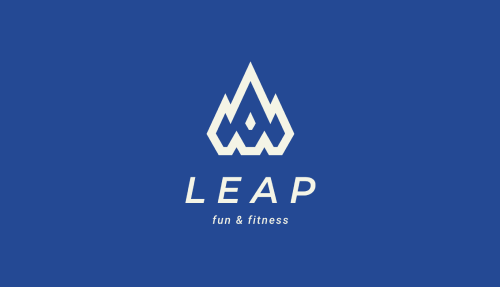